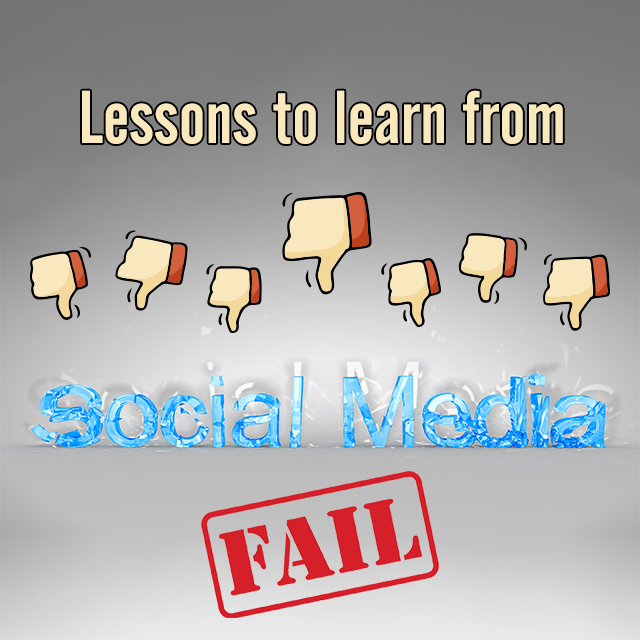 Social Media is definitely one of the strongest tools to get your brand the exposure it requires. You can garner a lot of attention through campaigns but sometimes, these campaigns can get you unwanted attention and could ruin your brand image instead of help! Here’s a list of brands that ruined their reputation due to mistakes that could have been very well avoided:

Completing the Boston Marathon is an achievement for many. Considering this, in 2017, Adidas sent out an email with the message, ‘Congrats, you survived the Boston Marathon!’. However, the message received a lot of backlash from its finishers where they questioned the mega-brand how they didn’t realize the relation the message would have to the 2013 bombing that took place at the same event.

Here are some tweets in response to the email:

Hello ! I am a journalist and I write an article on the #BostonMarathon. Is it possible to send me this email? Thank you !

Hey @adidas you probably could have worded the subject of this email a little differently considering the subject.. #BostonMarathon #adidas pic.twitter.com/Qd2tSs498W — Alex Sandstrom (@alexsandstrom) April 18, 2017

.@adidas you may want to rethink the subject line pic.twitter.com/curUb8FieO

The company quickly took down the tweet and issued an apology for the same.

What started as a regular Twitter conversation between a US Airways’ passenger and their staff quickly escalated to a hideous and shocking incident. Here’s what happened; a customer named ‘Elle’ tweeted about her disappointment about delay in one of the flights.

After a little to and fro, US Airways replied with one of the most graphic images any brand could have posted!

Here are the tweets:

@USAirways Unhappy that 1787 sat for an hour on tarmac in CLT because overweight, resulting in over hour late arrival in PDX…

Department of Education – Misspelling You would think that the U.S. Department of Education would be cautious and would know their language well. But, well, they didn’t! Early in 2017, the DoE tweeted a picture of W.E.B. Du Bois — a civil-rights activist, scholar, and co-founder of the NAACP — along with a phrase by Du Bois about the importance of education. The only problem? The spelling was wrong! Here’s what they tweeted:

Education must not simply teach work – it must teach life. – W.E.B. DeBois pic.twitter.com/Re4cWkPSFA — US Dept of Education (@usedgov) February 12, 2017

Post updated – our deepest apologies for the earlier typo. — US Dept of Education (@usedgov) February 12, 2017

all the better when you hear it in Zoidberg’s voice, why not?

Several hours later, the tweet was taken down. An apology was tweeted that read: http://nymag.com/selectall/2017/02/department-of-education-misspells-tweet.html And there is was again! That tweet has been deleted and the Department of Education has since tweeted a new, typo-free, apology.

Post updated – our deepest apologies for the earlier typo. — US Dept of Education (@usedgov) February 12, 2017

Third time’s the charm, you see?

What we all should pick up from these incidents is that a brand’s online reputation can make or break a brand. Thus, one must make sure one doesn’t make such avoidable mistakes. Get in touch with us as soon as possible and let us handle your ORM (Online Reputation Management).

Somethings Should be Left Unsent!
IGTV – The next generation of video
Twitter's Journey From 140 to 280 Characters
How To Optimize Your YouTube Channel